A venerable 100-year-old company wanted its first-ever campaign. We “Started Our NJM” with a brand to remember.

New Jersey Manufacturers Insurance (NJM) first came onto the scene in 1913. More than a century later, it found itself on a new competitive landscape, experiencing pressures from corporate behemoths Geico, Progressive and Nationwide. In response, NJM turned to Oxford for its first-ever branding and advertising campaign.

One year into the campaign, NJM is enjoying a historically significant increase in the number of new policyholders. The company also enjoys increased recall of brand pillars among consumers familiar with the brand, a successful KPI for the branding campaign.

Key Insight: Exclusivity builds loyalty and attraction. We crafted NJM’s first-ever campaign at the intersection of these emotions. 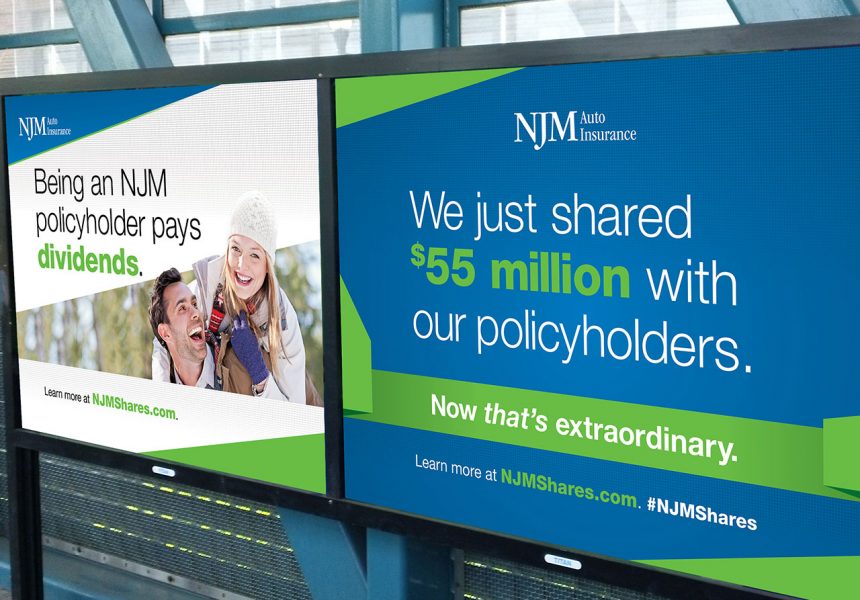 Although NJM had never executed an integrated campaign in the past, it had a strong sense of its brand Truth – the reason why its exclusive auto insurance is highly valued by its policyholders (and coveted by non-policyholders). We knew that NJM traded on its authenticity and home-grown connection to New Jersey drivers. It had no reason to join the fray of mascots and absurd advertising in the marketplace, and in fact, it would degrade the brand to do so. Strategically, we chose to focus on the pillars of the brand, taking a measured approach to awareness. We authored “Start Your NJM” as a call to action that took on a life of its own as a rally cry for New Jersey motorists.

Tactics were selected to achieve both broad reach as well as targeted niche audiences.